Here are more stories from the heart from inmates in Thailand.

I want to thank Pastor Klom for writing to us. I have been in this prison the last 3 years. I received a life sentence and have been in 6 prisons already. I started here in this prison and now I ended back here. I am so grateful to God. I have served 13 years already and believe that this is my year of freedom. Wherever they moved me, I served the Lord. I told God I will serve Him wherever He sends me. If I had trouble, I prayed and asked God what to do. I have studied hard and have taken care of my sisters here in prison. I know it is time to go and serve Him outside now. He loves us with unlimited love. He is great.

I come from a broken family. I was an unworthy child. My parents separated. Later when I was involved with drugs, I took it myself. The change in my life came when I was arrested. I was not a Christian, I didn’t know Him. I became involved with the Christian group here. I thought if I read through the whole Bible, God would forgive me. My sentence was 15 years. I kept reading the Bible. John 3:16 “for God so loved the world… “I understood but my heart was not open. I understood that no sin is too difficult for him to forgive. Later my father visited me and I managed to forgive him. Later he became very ill because of high blood pressure. He went to hospital. The only thing I could do was to pray to God. I prayed every day. After one month, my father recovered. My father was a very strong man but he also wanted to provide for me financially after I will be released. It worried me that I didn’t know what I was going to do once I was released. My father’s health kept improving. I know God provides for me. God’s love is different than my father’s love. His light drives away the darkness.

Outside of prison, I was very self-centred. I couldn’t wait. I had no understanding of waiting. My family got very big debt. I wondered how I could help them. One day a friend asked me to carry drugs. I was paid Bt 10 000. I later got arrested and came to know God here in prison. I have heard about God on television and so when I came here I knew it was time to get to know Him. I prayed and read the Word. One day my mother told me my grandmother was very sick. I prayed to God for healing but she died. I couldn’t understand why God didn’t answer my prayer. I was sad but my friends encouraged me. We all have to die. I have no doubt that I am saved. I live with peace. I want to encourage you all. There is peace for today and hope for tomorrow.

Two big religions exist, Buddhism and Christianity. I had no religion myself. In 1989 I was arrested. My dad had an operation on the same day. After my arrest I tried to contact home to find out what had happened but couldn’t. I was sentenced for 33 years. I was in Bangkwang for 2 years.  I tried to call my father and then I received my first letter from home. I was so happy. When I opened the letter I learnt that my father had died 6 months after I was arrested. My relatives accused me and blamed me for his death. When he learnt that I was in prison, his health deteriorated. I tried to kill myself. A friend consoled me and I joined the Christians in Bangkwang prison. In Klongpai I truly learnt to follow Jesus.

After my release, I re-offended. I intended to serve God but didn’t follow through. I have been arrested 3 times. Amidst all my trouble, I know that God is great. 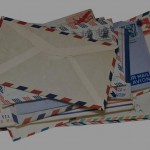 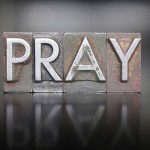 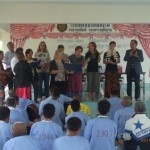